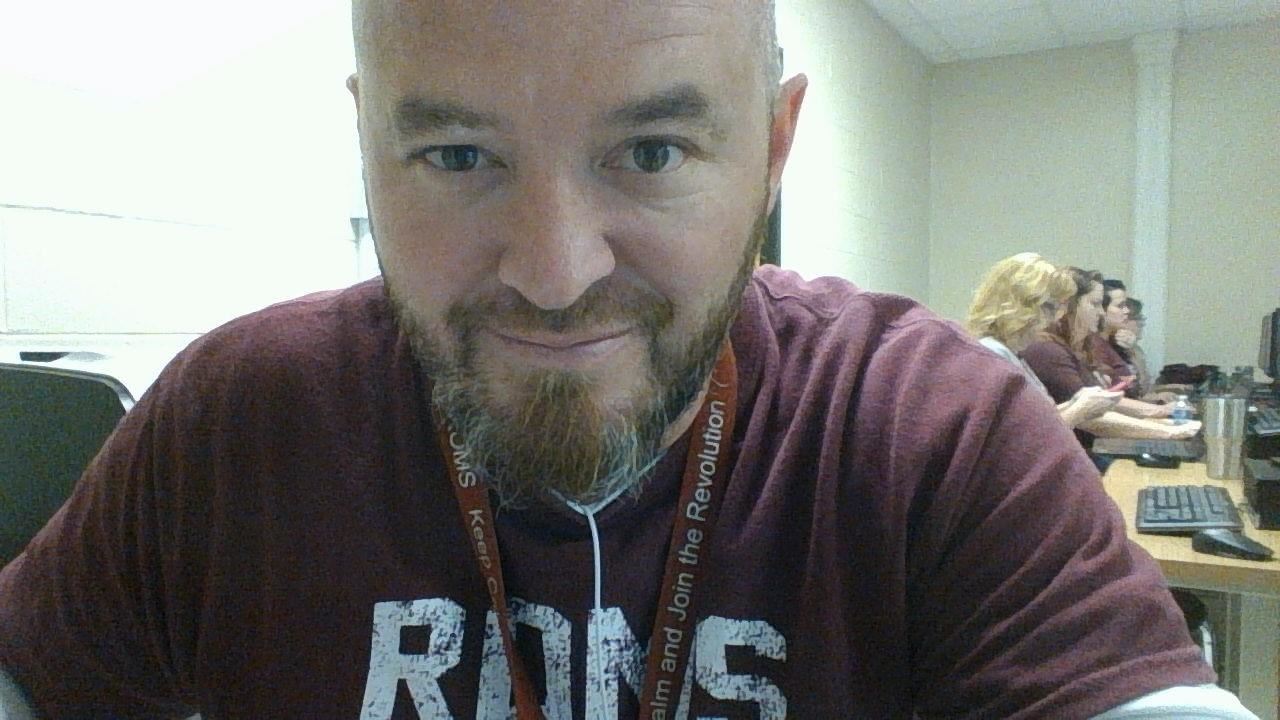 Mr. Terry is beginning his 7th year in teaching, and his 6th year at Red Oak ISD. This is his 4th year in Science at ROMS West Campus, (formally known as the 6th grade center).

Mr. Terry has a deep curiosity and passion for anything related to science and is easily distracted by engaging experiments, and long discussions Science that are completely off topic. Chances are, if you ask Mr. Terry a question about outer space, spiders, Star Wars, or the Dallas Cowboys, you can pretty much guarantee a good conversation. Mr. Terry loves all science and  most sports; he's a real homer. Cowboys, Rangers, Mavs, Stars, if they're playing, he's watching. Mr. Terry also enjoys time with his family, video games, fishing, barbequing (His brisket game is strong), and being outdoors. Mr. Terry thinks 6th grade science is an especially fun content area to teach because of all the different areas of science that the students get to learn about: Chemistry, Biology, Physics, Astronomy, Geology are just some of the exciting subjects 6th graders will get to learn about this year.

Mr. Terry graduated from Texas A&M Commerce in 2014 with his degree Bachelors in Education, and began working at the greatest school district in Texas (Red Oak) in 2016. Mr. Terry has been married to his wife Amy since 2008, and together they have 3 children: Iris, Myla, and Evie., and their dog Jackson. Mr. Terry has a large family on both sides and enjoys spending time with all of them. Mr. Terry loves to cook- He can smoke a juicy Texas brisket, and can make a mean spaghetti with meat sauce.

User id= first initial and last name.  Example: My name is Jeramiah Dean Terry so my login would be jterry

Password will be your student's lunch number - initials. Example: 12345-jdt

Follow this link to an app called Remind. I will send reminders about assignments, etc. through this app. I also send email reminders through skyward. Using these 2 resources is the best way to stay up to date with what is going on in class.