Red Oak ISD recently lost a pioneer in the district with the passing of Suzette Pruitt Smith.

Mrs. Suzette Pruitt Smith, the first African American educator in Red Oak ISD, passed May 17 at the age of 72. Smith taught kindergarten at Red Oak Elementary beginning in 1971 after being hired by Superintendent Don Shields. She was at Red Oak Elementary (current ESC building) from 1971 to 1986 when she switched to Wooden Elementary from 1986 until her retirement in 2003. She was also named the Teacher of the Year in 1982.

The district held a plaque unveiling ceremony on June 7 with Mrs. Smith's family outside her original Red Oak ES classroom to commemorate her trailblazing start in the district. 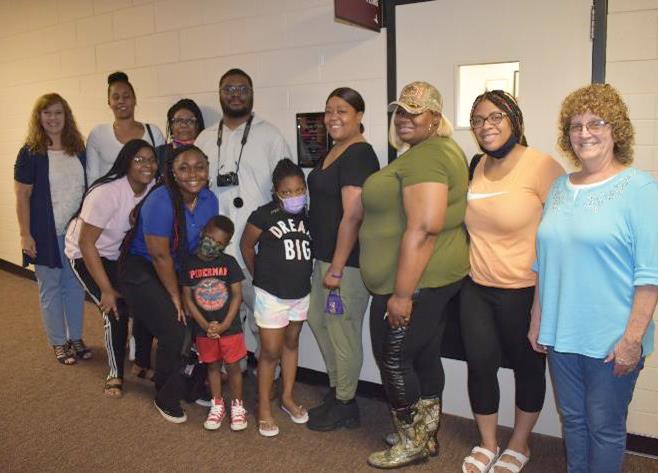 Superintendent Brenda Sanford and Board Vice President Melanie Petersen join the family of Suzette Smith including her son Christopher. 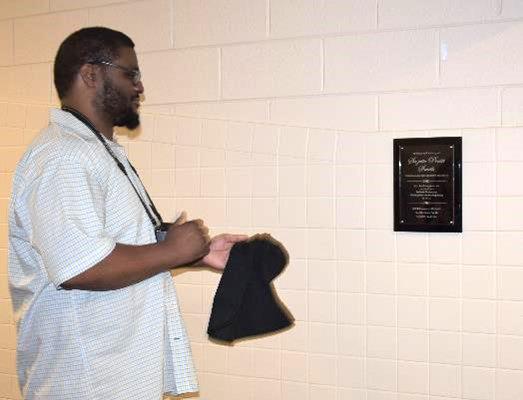 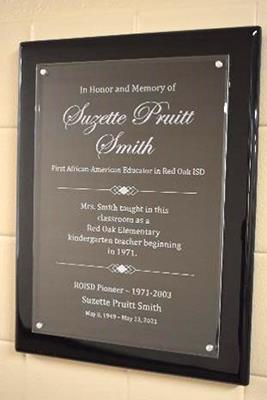 Suzette Smith’s son Christopher unveiled the plaque located in the tech wing of the administration building which used to be Red Oak Elementary. 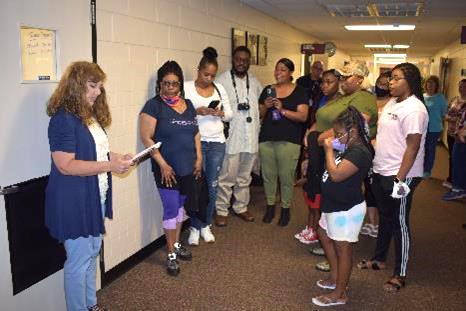 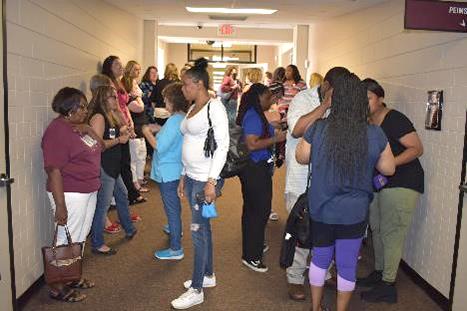 The family was joined by district staff for the ceremony.